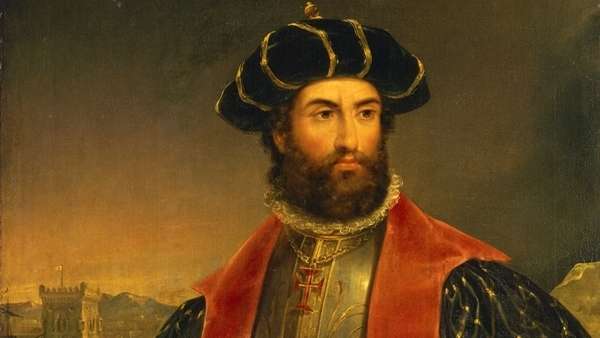 Vasco Da Gama was born in 1469 in Sines, Portugal. He lived in the age of discoveries and is one of the most important explorers of the time. He is known as the first person to reach India from Europe. Vasco da Gama has been interested in sea and seafaring since childhood. There has been a period of children researching and asking questions in the field of maritime. In 1487, he was ordered by the king to find a way to India by sea. This task could not be completed in a short time due to the death of the king before the mission was completed.

On the orders of the new king, Vasco da Gama began preparations for the fulfillment of this task. The King was given a letter to Gamma, 4 ships and 160 sailors. In July 1496, preparations for the journey were completed and we set out for India. After a busy journey, the Cape of Good Hope was reached. When the Cape of Good Hope arrives, the tired and worn out crew revolted, but this rebellion was suppressed by Vasco da Gama. After the rebellion was suppressed, the Indian voyage continued.

Two years later, in May 1498, the western coast of India was reached by Vasco da Gama and her crew. Vasco da Gama and other sailors were not welcomed by the people of the region. After leaving India, Vasco da Gama arrived in Lisbon in September 1499. This success of Vasco da Gama was welcomed with enthusiasm by the Portuguese people, while the King gave him the title of nobility. The king also made Vasco da Gama a partner in the maritime trade.

After Vasco da Gama, the second team sent to India consisted of 13 ships and was headed by Pedro Alvarez Cabral. With the arrival of this second fleet to India, many of the crew members were killed by the Indians. Angry at the situation, the Portuguese state reassigned Vasco da Gama and returned to India in 1502 with a strong navy. Vasco da Gama acted with the motive of revenge of his people by looting all the ships he encountered on the African coast. On his return to India, he was welcomed again with great enthusiasm by the Portuguese people. He was honored with many new titles by the King.

In 1523, Vasco da Gama was ordered to return to India. In 1524, he died in the Kochi region in India. The funeral of the famous explorer and sailor was buried in Portugal with a big ceremony. Vasco da Gama's way to reach India from the sea has been a major discovery for Portugal's maritime trade. On the other hand, Gamma's harsh attitude towards the people of Africa and India has caused the people of this region to hate the Europeans for many years.