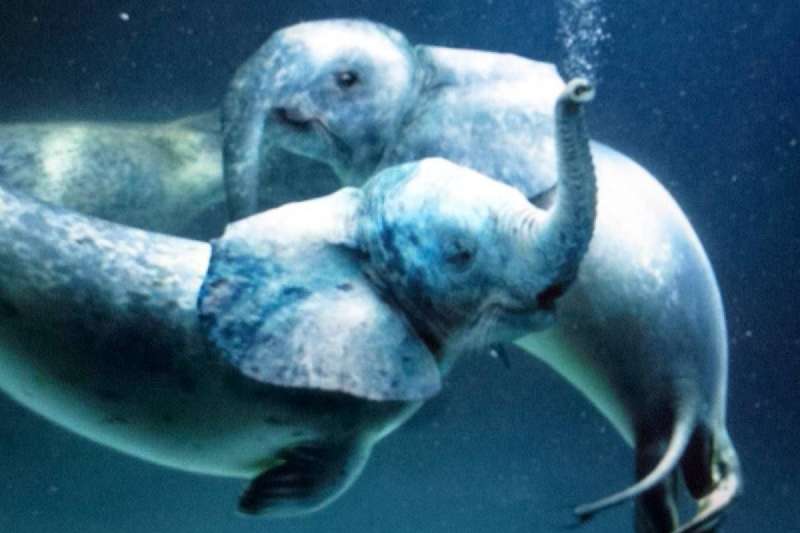 According to an article titled "Fish Like a Polar Bear" published in the London's Daily Mail edition of December 27, 1924, Trunko is the nickname for an animal reported to have been seen in Margate, South Africa in October 25, 1924. For the first time, the animal was seen fighting off the coast with two killer whales fighting the unusual creature for three hours. He used his tail to attack the whales and reportedly lifted himself about 20 feet from the water. One of the eyewitnesses, South African farmer Hugh Ballance, described the animal as "a giant polar bear" because of its fur, which is thought to have dense white fur. The creature famously bathed on Margate Beach. Although he was there for 10 days, no scientist researched him while he was ashore. For this reason, no reliable statement was published. It was assumed that he had no photos until September 2010. However, a total of 4 photographs were found.

It was believed that the body of the whale, weighing about 2000 kilograms, turned white due to an advanced decomposition stage. The animal was thought to have died about two weeks before landing, possibly after being hit by a ship.

On the morning of November 1, Mr. Ballance said, "I saw two whales fighting a sea monster about 1300 meters from the shore. I took my glasses and was surprised when I saw what I saw as a polar bear, but it was huge." Another person said, "This creature I observed came out completely 6 meters from the water and attacked two whales many times with what I thought was a tail. Another witness said that the monster named Trunko was 47 feet long, 10 feet wide, and five feet high.