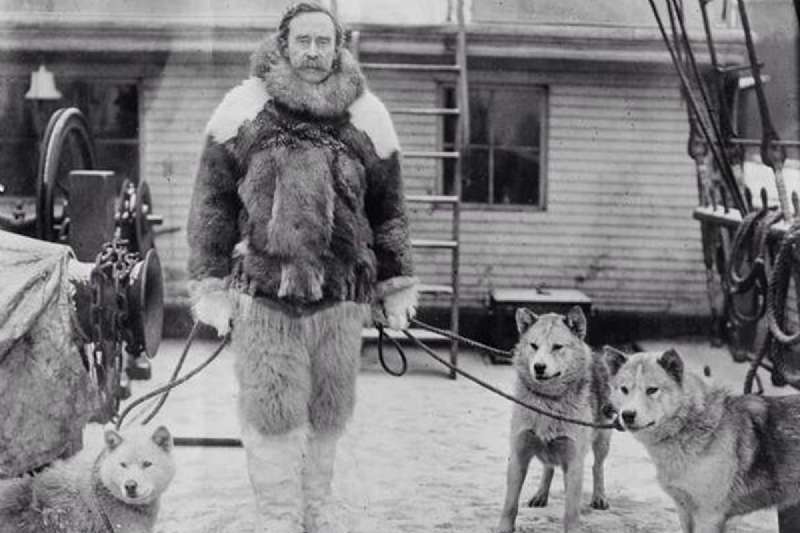 Born on May 6, 1856, Robert Edwin Peary is an American explorer. He is considered to be the first to set foot on the north pole. He was born in the US state of Pennsylvania. He graduated from Bowdoin College in Brunswick. He later took part in the US navy. He made a trip to Greenland in 1886. After this journey, he decided to make discoveries in the Arctic region. He was the manager of five expeditions to Greenland between 1891 and 1908.

The ship owned by Robert Edwin Peary was called Roosevelt. This ship was built specifically for the exploration of the arctic region. Failing in his first two attempts, Robert Edwin Peary went on a third trip to achieve his goal. This time he set out with a big team from the nose of Colombia in the land of Grant. The journey, which started with a large number of vehicles, continued on the paths chosen by the small pioneer arm. In the increasingly smaller team, only Matthew Henson and four Eskimos remained when the end of the journey was approached.

Explorers, who thought they had reached the pole, made a 30-hour examination here. Robert Edwin Peary conducted scientific research. Data about tides, seas, and winds in the region were recorded. Robert Edwin Peary was not very rigorous when recording his reviews. Therefore, when he returned he thought that he did not reach the poles.

Robert Edwin Peary made depth measurements around the 8-kilometer of the pole point. In these measurements, even 2700 meters long, the bottom of the sea could not be reached. As a result of this research, it was accepted that the north pole was covered with ice. He left the brigade in 1911. After his retirement, he worked to confirm the places he discovered by US congresses. His efforts yielded results and he was known as the person who discovered the pole. In 1912, he started to be interested in aviation. At the time of the First World War, he served as the chairman of the National Committee for the Coast Air Defense. Robert Edwin Peary, who wrote his name in maritime history, died on February 20, 1920, in the USA. He left four works behind him. The first was towards the Pole on the Great Ice, which is published in 1898. The second was the Closest to the Pole published in 1907, while the third work was the North Pole. His fourth book, published in 1910, is the Secrets of the Arctic Cruise.