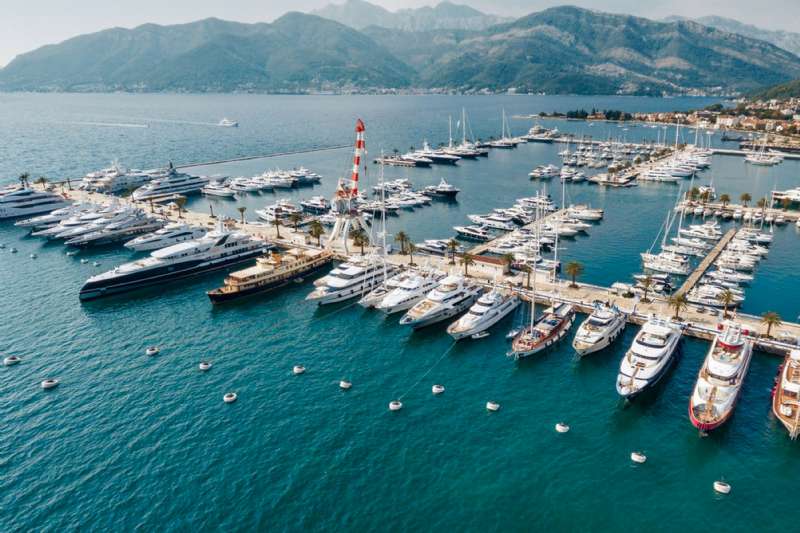 It is a port opened in its final form in 2009. The port in Tivat is considered a luxury marina area. The construction process has continued until recently. Functional structures are added to the port in certain periods as the port needs continuous improvement. Port Montenegro port hosts many yachts every year. This leads to the development of the region in terms of tourism. There are many hotels and restaurants around the harbor. Accommodation places in the region work at full capacity in almost every year. The port's being so popular makes it necessary to increase its capacity in some periods. Capacity-building activities and functional structures around the marina sometimes cause certain parts of the marina to be closed. The first form of the port was in the form of a shipyard. SFR was a structure belonging to the Yugoslavia army. After the civil war, this shipyard lost its importance. The area where the port is located was tried to be sold to the state in 2006. In 2008, the luxury area where the port is located was taken by Canadian businessman Peter Munk. He stated that the area in which the port is located does not own. Its entitlement to this area corresponds to 54 percent. Other partners of the field include individuals from the Rothschild family. It was stated by Peter Munk that a luxury marina should be built here. He stated that after completing the planned marina, there would be an area where 600 to 650 yachts could anchor. The length of these yachts may also vary between 30 and 150 meters.

The natural beauties of the region have managed to attract the attention of tourists. It is a place that many people visit every year. Tourists visit this marina with their yachts and make an economic contribution to the region. The increase in tourism revenues causes the region to host new investments. There are tremendous bars and restaurants around the marina. Port Montenegro has 80 retail units. The security of the port is provided at a high level all day long. It is a private marina with its famous spas. The port has the potential to attract large numbers of tourists.