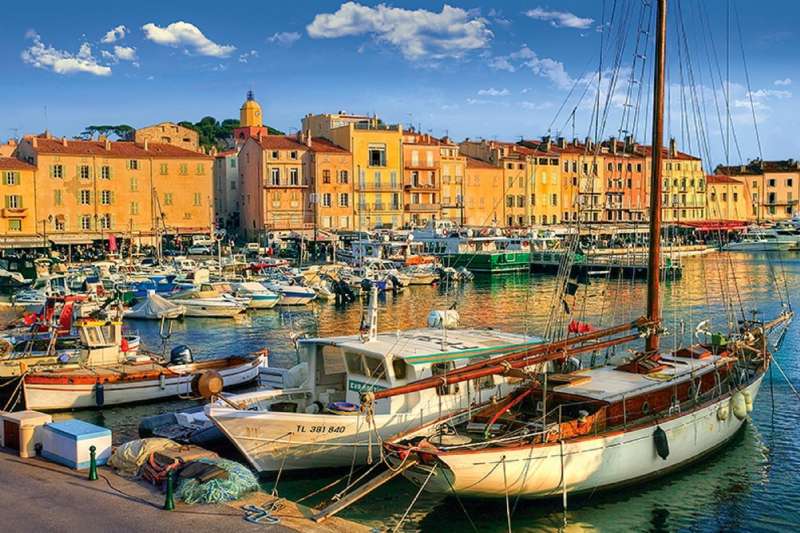 Saint Tropez is a town located in the Provence Alpes Cote d'Azur region, in the southeast of France. It is 105 kilometers from Marseille. The canton of Saint Tropez is a large area and this city is located in the canton. Port De Saint Tropez is an important marina in the region. It has a great contribution to the city. The town attracts a lot of attention to wealthy tourists. It is a region that rich tourists visit every year. This being an economic contribution to the region. Tourism revenues are quite high in the development and development of the region. In the 1950s, the region got its share from the reputation of Brigitte Bardo. Thanks to this, the reputation of the region has reached the international level. An important film, “And God Created the Woman,” was shot in this region and presented to the audience. The port is important for the town but this importance is at the forefront with its touristic contribution rather than its commercial contribution. Sailing races in the port attract great attention. The main economic wealth of the region has been tourism. There are many hotels and restaurants around the harbor. Hotels in the region are rarely vacant throughout the year. Due to the great interest in the region, hotels operate at full capacity. In addition to sailing races, boat races in the port attract attention. Yachts of many famous names are in the harbor at certain times. As it is a popular marina, the variety of visitors is also high.

The port is known for its proximity to many famous marinas in the Mediterranean. It is also preferred for transportation due to its location. The first periods when the port was used extensively coincide with the 18th century. In 1789, a total of 80 ships visited this famous port. Although it does not stand out commercially, this port witnesses the transportation of products such as wine, fish, and wood with a commercial purpose. It is also preferred in transportation as the port has connections to important centers. Port De Saint Tropez is the lifeblood of the region thanks to its tourism potential. The region has facilitated the transportation between Les Bateaux Verts and Sainte Maxime via the port. Yacht races held annually attract great attention in the region.