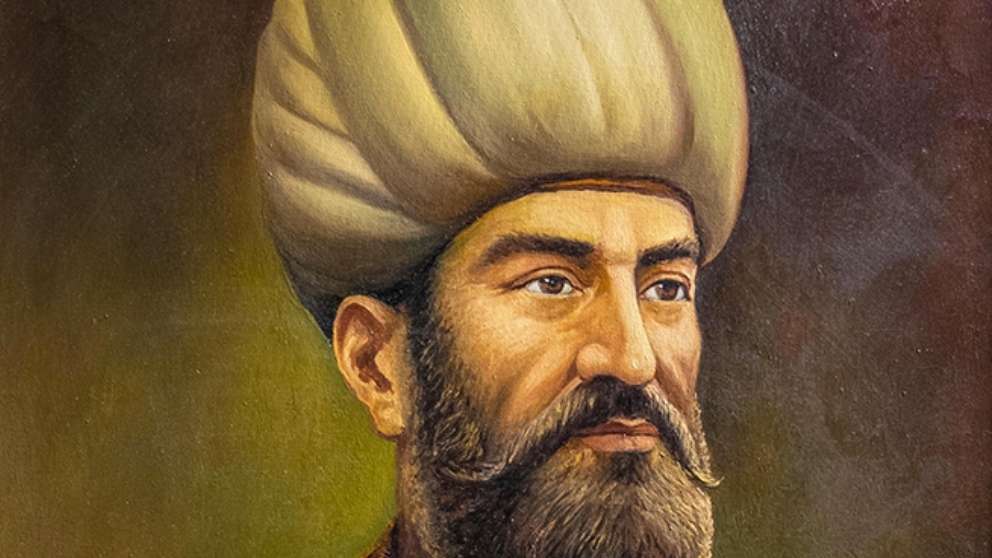 Piri Reis, whose real name was Ahmed Muhiddin Piri, was born between 1465 and 1470, although there is no precise information about his date of birth. He was born in Gallipoli, a small coastal town known as the Turkish naval base at the time. He was the son of Hacı Ali Mehmed of Karaman and the nephew of the famous Ottoman Admiral Kemal Reis.

Between 1483-1493 in the Mediterranean with his uncle; They participated in raids on the coasts of Sicily, Sardinia, Corsica and France. Kemal Reis and his nephew Muhiddin Piri went to Spain and moved the Muslims to North Africa when the Muslims who were persecuted in 1486 in the last city dominated by Muslims in Andalusia asked for help from the Ottoman Empire.

Venice II. Beyazıt's pirate seafarers in the Mediterranean called to join the navy. As a result, he became the warship captain for the first time by serving as the Ottoman ship commander in the struggle of naval control that the Ottoman Navy tried to provide against the Venice Navy in 1499-1502. Piri Reis created the beginning of his book, which will be the first guide book of the world maritime, as Kitab-ı Bahriye.

After his uncle's death in 1511, Piri Reis did not sail for a while. He settled in Gallipoli and drew the first world map of 1513. Piri Reis, a great cartographer (cartographer) as well as a great sailor, made a geographical map and historical features of the places he visited.

When Egypt joined the Ottoman territories, Piri Reis had the opportunity to meet with Yavuz Sultan Selim who went to Alexandria in 1517 with a fleet and presented his world map to the Sultan. Piri Reis returned to Gallipoli after the Egyptian campaign and continued his scientific studies there.

The period of Suleiman the Magnificent in Ottoman history was a period of great conquests. Piri Reis joined the Ottoman Navy during the Rhodes campaign in 1523. In 1954, he won the appreciation and support of Damat Ibrahim Pasha, the grand vizier Pargalı, who was guided in the course of Egypt.

In 1552, he took Muscat, an important Portuguese base, and then Kishm Island, and besieged Hormuz Castle. Hearing that the Portuguese wanted to close the Persian Gulf, he headed north. He dominated the Qatar Peninsula and the Bahrain Island.

In 1552, the last stop on his Egypt Expedition was Basra. Piri Reis left the Navy in Basra to meet the needs of the ships, perform repairs and maintenance, and rest the soldiers, and arrived in Egypt with booty-loaded ships. He was imprisoned in Egypt for leaving the Navy in Egypt was considered a flaw. Due to the attitudes of Basra Beylerbeyi Kubat Pasha and Egypt Beylerbeyi Mehmet Pasha; Suleiman the Magnificent had been complained, and ultimately he was executed in 1554 at a time when he was over 80, accused of a defect in service.

Piri Reis was one of the most important scientists of the time in maritime field. It is clear that he speaks Greek, Italian, Spanish and even Portuguese. While preparing the world map, he wrote that he benefited from the works in these languages.

“KİTAB-I BAHRİYE” (Aegean and Mediterranean guide): Piri Reis had the opportunity to study the ports of the Aegean, Adriatic, Italy, France, Spain and Tunisia at different times. Their notes contain detailed information on their historical, geographical and marine status. The book of Admiralty dates from 1521 and 1525. Copies of originals are available in private and state libraries in Istanbul, Berlin, Dresden, Bologna, Paris, Vienna and London.

WORLD MAP: The world maps, in which he prepared the first one in 1513 and the second one in 1528, were made in color and on leather. Today, the original and copies are available in fragmented form.