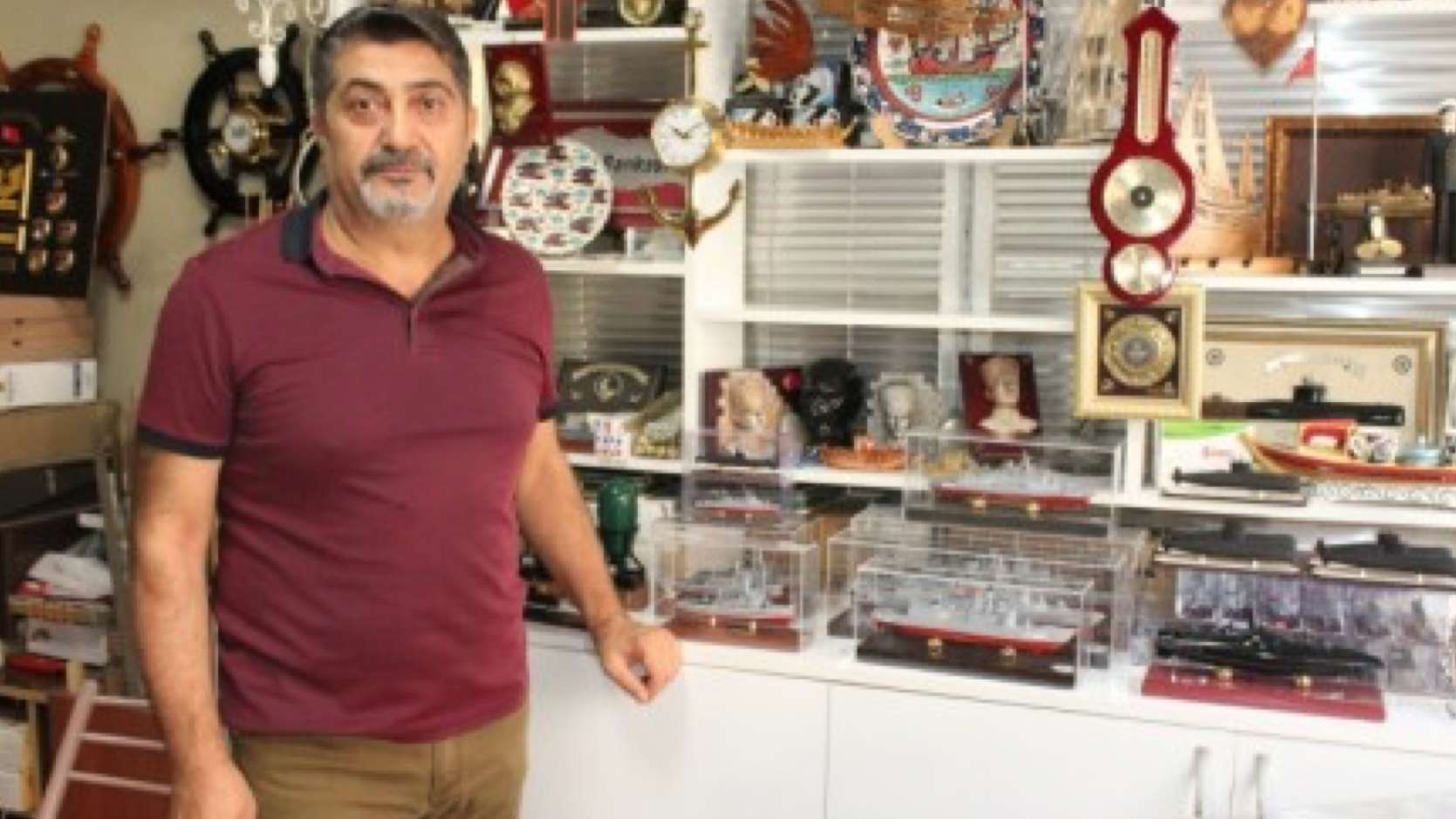 The history of ship modeling began in the 4th century BC; Some ship model samples belonging to Egypt and Babylonian periods were found. Modelers who have been engaged in ship modeling in the world and in Turkish history for many years, have brought the internet environment closer to each other in recent years, and also allow them to discover the models made. In 1977, with the ships of modeling d been that many people in Turkey, and continued their invention has been operating under various associations. We teleconference with Yusuf Akmeşe, the Pioneer of ship modelling in Turkey.

The retired petty officer making workshop in Turkey in Kocaeli Yusuf Akmeşe and models of famous ships in the world economy while contributing to the city, also stands out as an important name of the ship of modeling. Some of the models made by Mr. Akmeşe, who did the What's Not Done Before: Sultanate Boats, Alemdar Ferry, Fenerbahce Ferry, Abdulhamid's first Turkish Submarine, Guppy Class Submarine, Nusret Mine Ship, Perry Class, Preveze-Gur Class Submarine, Savarona, TCG Anatolia, TCG Alemdar and New Type Airborne Independent Turkish Submarine. Mr. Akmeşe, who has been a ship modeler for 19 years, has recently marketed the ships built within the scope of the National Ship Project, the ships that are important in Turkish history and even the ships of the Karamürsel Alp period. Mr. Akmeşe entered the sector by taking a model training course at the Naval Command Culture Center and made 25 different models.

Mr. Akmeşe, who has trained 500 trainees in 6 seasons, has advice for beginners. He said that those who want to take a step in ship modeling should take courses, show interest (skill is not a requirement) and be patient and careful. He also said that ship modelling is not expensive, and that the basic materials to be used for many years are worth 500 TL. He said that the cost here is time and hand work makes cheap making models.

Mr. Akmeşe said that the aim of the lectures in universities in Turkey and set up shop on campus. He, who aims to make ship generations love for new generations, explains the secret of being successful in his business as follows: Knowing the maritime well, the positive effect of experience accumulation on each new ship model, establishing the right targets and establishing the right communication network.

He also states that he has started exporting. Expatriates and foreign tourists from many countries buy models of the Navy abroad as gifts or souvenirs. Mr. Akmeşe has had customers from USA, Korea, Japan, England, South Africa and Pakistan. Nowadays, due to the Milgem Project, it also receives orders from consulates in Turkey. He has 10 different model targets introducing to his customers every new year. Mr. Akmeşe also so proud that he has reintroduced the Turkish Navy to the next World with his ship models.