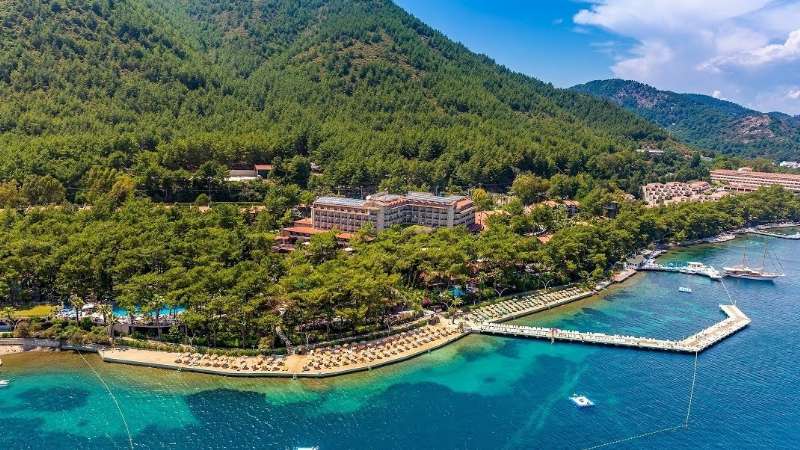 Marmaris is a region known for its tourism types for youth life. Thanks to its developed harbors, it is an ideal area for cruise ships. Marmaris has developed itself in adventure, culture and gastronomic tourism. For this reason, it is one of the remarkable places for tourists who use cruise ships. Marmaris is located on the coast of both the Aegean Sea and the Mediterranean Sea of ​​Mugla.

Cruise tourism gathered in 2019 compared to the previous year, especially cruise ship in Marmaris as a result of frequent Pullmantur Cruise's ship has accelerated cruise tourism in Marmaris. This cruise ship with the flag of Malta and most of the Spanish people visited Marmaris harbor at different times of 2019. The Horizon vessel, which has a capacity of 1442 passengers and 620 crew, revived the local economy. Tourists visited Marmaris bazaar. They visited the castle and the marina. Many tourists went shopping, and this led to great financial support for the local people.

The interest in cruise tourism is increasing worldwide. Since there are many natural and cultural tourism areas in our country, it is suitable to be a stopping point for cruise ships. The local people of Marmaris region think that cruise tourism is the most suitable one among the sustainable tourism. It was seen that cruise tourist coming to the region for a daily period mostly turned towards cultural tourism. According to the study, the second choice of tourists was the activities for adventure tourism. Tourists who experience the delicacies of the region also liked Turkish cuisine.