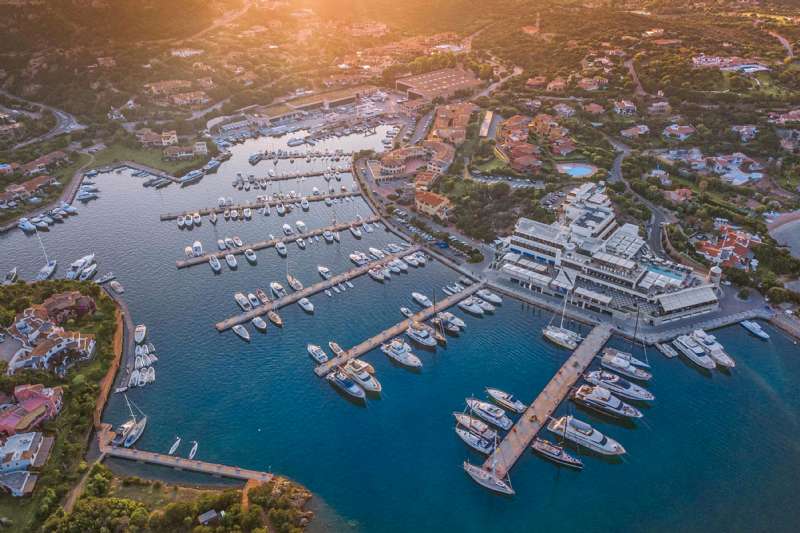 The port attracts attention to its location. It is a port that many ships frequently visit. For this reason, it provides significant economic contributions to the region where it is located. It speeds up the development of maritime trade and maritime tourism. Marina Di Porto Cervo is the lifeblood of the region with this potential. It is a port where the ship stops and anchors in every feature. There are many restaurants and accommodation around the harbor. It is observed that the accommodation is busy in almost every period. This is concrete proof of the interest in the region. Many buildings were built in the harbor. The presence of these structures increases the functionality of the port. The port is also called Porto Cervo Marina. The port has a sheltered structure and has a visually modern appearance. It is located in the north of Sardinia in Italy. This region was founded by Prince Karim Aga Khan and several investors. Significant investments were made during its establishment. Porto Cervo is known as the center of Costa Smeralda. Porto Cervo is famous as the most expensive holiday destination in the world. This increases the importance of the port even more. Accommodation around the harbor has expensive pricing. It is known that luxury yachts frequently visit and contribute significantly to the region. The establishment date of the region dates back to the 1950s and 1960s. The region is located a few kilometers south of La Maddalena island. It is 17 kilometers from Arzachena, 28 kilometers from Olbia and 32 kilometers from Palau.

The port is curled inward and sheltered. It is the most equipped port of the Mediterranean and makes its visitors feel that it is the most intimate port. Marina consists of 2 harbors. These; Modern Marina and Old Port. Old Port was built in the 1960s and its first form is in the form of a fishing port. Many buildings have been built in the Modern Marina. The port is designed to accommodate 700 ships. 100 ship sleds are also reserved for mega-size yachts. Marina Di Porto Cervo is located between 41 degrees north and 9 degrees east latitudes. The port is the main income item of the region with its rich visitors.