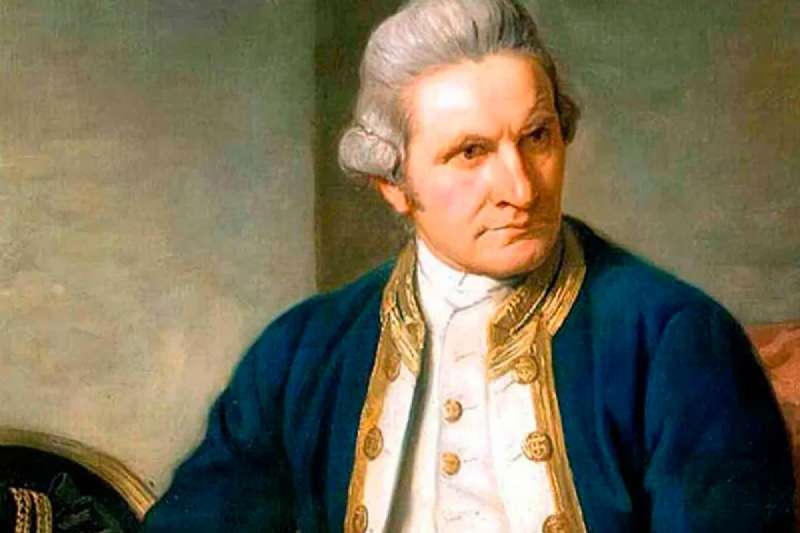 Born on October 27, 1728, James Cook is a British sailor and explorer. He was born in Yorkshire, England. He has five siblings and went to the school when he moved to Airey Holme farm. When he was 13 years old, he started to help his father in farm works.

He took part in his first sea voyage at the age of 18. His journey on the coal ship named Free Love, which set off from the port of Whitby, enabled him to step into shipping. To become a captain, courses such as algebra, trigonometry, and astronomy have been studied. His work gave results in a short time and managed to attract attention. When he reached the age of 24, he served as the second captain.

He volunteered in the Royal Navy in 1755. At that time, the Seven Years' War between England and France was taking place. James Cook took part in the siege of Quebec City. It drew attention to its self-development in the field of cartography. He managed to ascend to the captain's position.

While he was working in Canada in 1760, He mapped the Lawrence Channel. Thanks to this map, it was able to anchor 200 British ships to Quebec Bay without any loss. He started to make a new map study in 1763 and 1767. He drew maps of Newfoundland island and Labrador peninsula.

In 1768, James Cook was assigned a new mission. This task was to explore the Great Ocean. As a first step to begin exploration, he took the coal ship named Early Of Pembroke in the port of Whitby. He named this ship he bought Endeavor. This ship reached Tahiti.

One of the tasks on the journey of discovery was to observe Venus passing in front of the Sun. In this event that took place on January 3, 1769, the distance of the planets to the Sun would be calculated by observing. However, the margins of errors that occurred during the measurements were quite high. This was enough to overshadow the success of the observation. In April of 1770, after the discovery of Australia's Southern coast, the ship was taken to the shore in June for repair. Then the ship advanced to Cape of Good Hope and returned to England from there. James Cook, whose diaries were published after this campaign, was one of the known names of the scientific world.

Cook traveled around Antarctica on a second expedition. He returned to England in 1775. Cook, who made his third trip in 1776, was about to explore North America. However, while aiming to reach the Arctic Ocean, his ship failed. He died as a result of the conflict with the locals in his region.