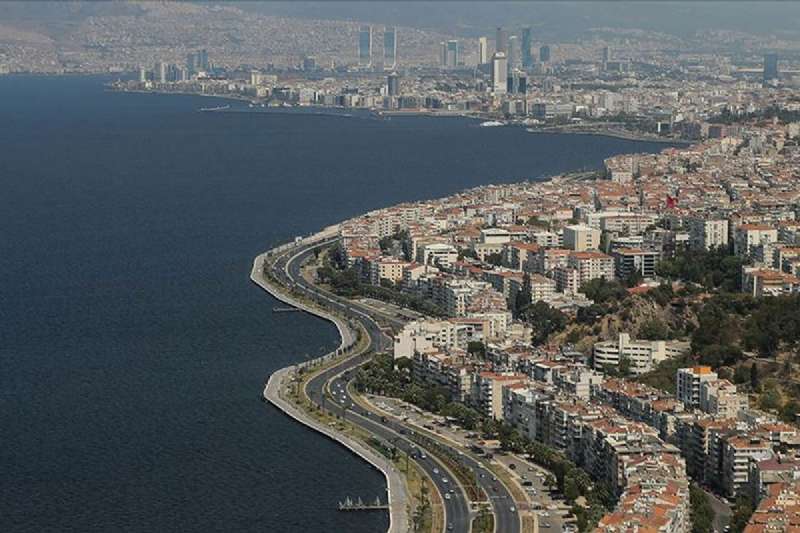 Turkey is the third most populous city. As a result of the 2019 censuses, the population of the city is approximately 4.5 million. There are 30 districts in İzmir and there are 1,297 neighborhoods connected to these districts. The entire province is located in the Aegean Region. İzmir ship harbors are among the important structures of the city. When considering facial measurements province of Izmir is Turkey's third-largest city twenty. The surroundings of İzmir are surrounded by the provinces of Aydın, Manisa, and Balıkesir. There are also the Aegean Sea and the Aegean Islands around the province. Urla Peninsula is located in the west of İzmir. This area is famous for its sea, beach and thermal centers.

Izmir is located in front of a narrow and long gulf. There are many ships and yachts in this gulf. Palm and palm trees are often seen on the shore of the sea. The surface area of ​​Izmir is 11,891 square kilometers. Bakırçay, Gediz and Küçük Menderes streams flow in İzmir. Formations such as Gölcük Lake and Belevi Lake Karagöl are also located in İzmir. Within the provincial borders of İzmir; Yunt Mountain, Madra Mountain, Nif Mountain, Bozdağlar, Yamanlar Mountain and Aydın Mountains are located. The Mediterranean climate is effective in the city. Summers are hot and dry, winters are warm and rainy in İzmir. During the year, precipitation falls between 700 and 1200 mm. Imbat winds make you feel in the city in the summer months. There are many major and small fault lines underground in the city. İzmir can produce self-sufficient electrical energy.

Port has the distinction of being Turkey's seventh-largest port. The other name of the port is Alsancak Port. It is located in the east of Izmir Province. The port is a port where cargo and passenger ships anchored. Container volume as Turkey's seventh is third on the country as a cargo tonnage port status. The total area of ​​the port is 902 thousand square meters. Izmir Harbor Fund Assets have been transferred to Turkey in 2017. In March 2017, İzmir Port and Miami Port became sister port. İzmir ship harbors are an important structure for the country. It makes important economic contributions to the country and the city. The first opening date of the port is 1959. The port is located at 38 degrees north and 27 degrees east latitudes.