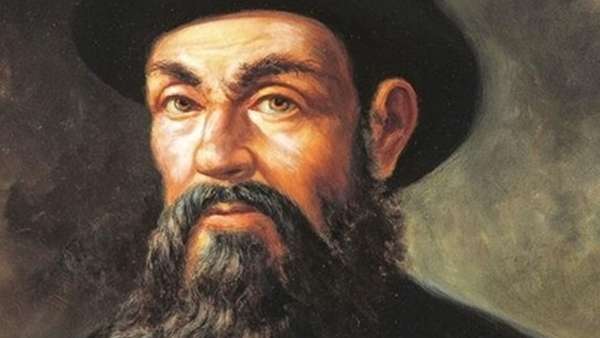 Magellan was born in 1480 in Sabrosa, Portugal. Magellan is a famous Portuguese sailor, explorer, and traveler. This famous sailor was launched as a result of the support of the Spanish Empire. The information we have today about Ferdinand Magellan was made possible by Magellan's friend Antonio Pigafetta, who was with him on the sea. Magellan's death took place during the Mactan War in the Philippines. He could not complete his last trip due to his death.

The most important achievement of Ferdinand Magellan is that he is the first person to go beyond the Spice Islands and pass through all the meridians. Magellan saw that the Pacific was very calm during one of his expeditions. Because of this calmness, he named the ocean, pacific which means calm. The throat he discovered in South America was named after him. He made an important research trip across the Pacific Ocean. Of the 200 sailors who sailed to Magellan to travel the world, only 18 returned to Spain.

Magellan made his first voyage when he was 25 years old. This journey coincides with 1505. His first mission was to take Almeida safely to India as governor of Portugal. Magellan reached the Spice Islands in 1506. In 1509 he participated in the Diu War. Due to his outstanding achievements, he was awarded the title of captain a year later. However, in a short period of one year, the captain's authority was revoked because it took unauthorized ships to the eastern sides. He was immediately summoned to Portugal.

Magellan went to Morocco in 1511. He took part in the Azamor War in Morocco. Ferdinand Magellan was injured in the knee during the Battle of Azamor. He had to leave the war and lost the trust of Governor Almeida because of this movement. There were also some problems in trade with Umayyads. He was charged with unauthorized trade. After all these events, Magellan depreciated before Manuel I of Portugal. So much so that even the demand for wage increases was rejected by the king. In May 1514, the Kingdom of Portugal announced that Magellan would not be given a new job. Magellan began to work for the Kingdom of Spain.

Magellan discovered the world. This trip is a discovery around the world. It was a trip that connects the Pacific Ocean and the Atlantic Ocean. During these trips, many different animal species have been encountered. The journey around the world has also been calculated. As a result of this trip, the idea of ​​using the international clock has emerged. The delegation sent to the Pope was brought together to tell about this new event. Ferdinand Magellan died in 1521 as a result of the attack of Filipino Indians.