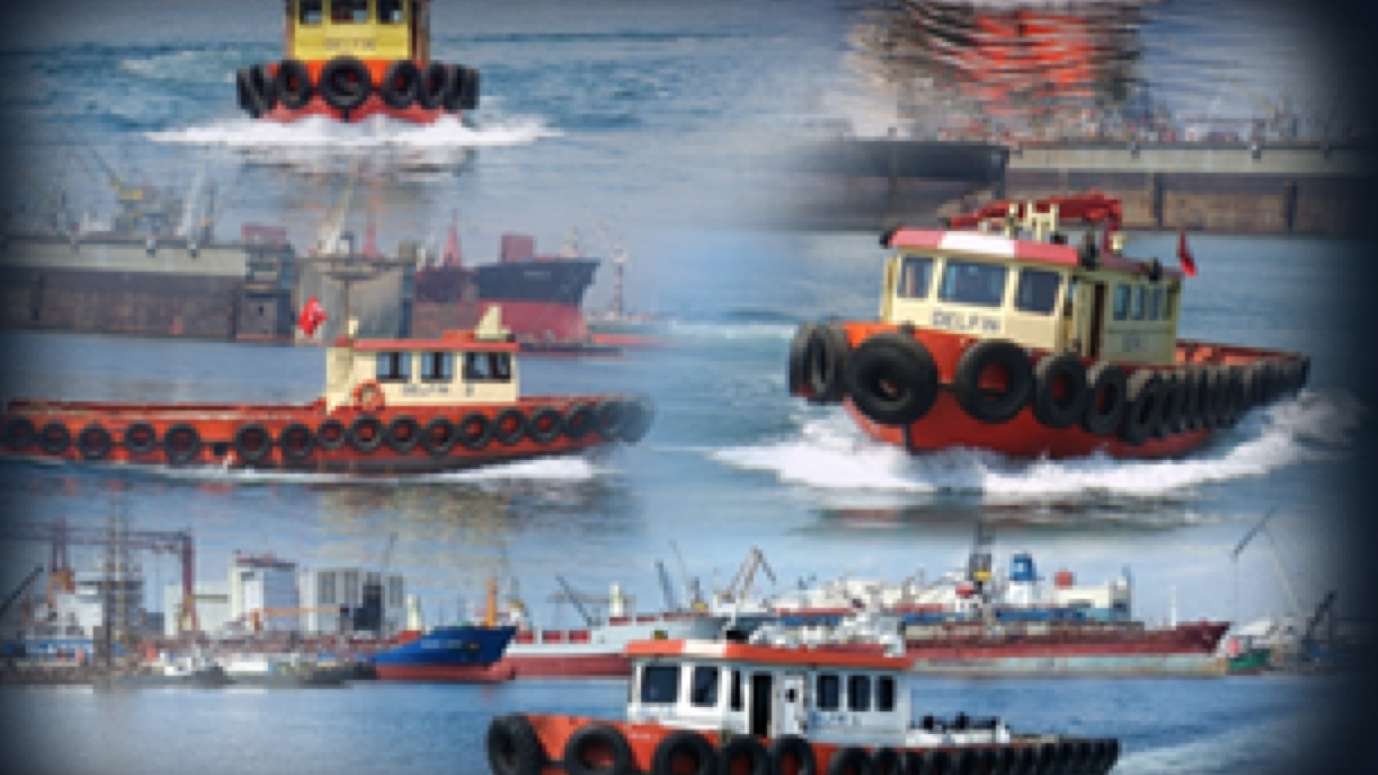 Yes, our guest this week is Captain Haki Esev, member of the Esev Brothers company, founded by four brothers in 1996. Esev Kardeşler Deniz Hizmetleri Tic. Ltd. Delfin boat, tugboat, floating crane, pontoon and agency boat services. 4 brothers are in love with the sea; He said 3 of them were captains and 1 brother was a Chief Engineer. Captain Khaki inebolulu, Esev Brothers Company said that they have 4 important tasks. These were tug services, floating crane services, agency boat services and pontoon services. fleet of ships in the fleet of 25 units in different sizes, Turkey and stated that they need when they are involved in international waters. Mr. Esev founded his brothers and stated that Mr. Haki had completed the deficiency in the sector.

Turkey's largest offshore tug the Ocean Ergun, the fleet's eyeballs. He said that the tugboat that brought the Mavi Marmara ship from Israel is Ocean Ergun. The company tried to apply the maritime rules as corporate values ​​and told us that the 4 rules at sea should never be neglected. The sea should not be neglected, all maritime rules must be strictly followed, the seafarers who are tired and sleepless should not take shifts and the sea is pregnant with everything, be prepared and be careful.

The last floating crane belonging to the Esev brothers in Pendik, which was involved in the rescue work of the dry cargo vessel Tolunay and the Coast Guard vessel which was capsized as a result of accident, on August 17 in Sarayburnu: Olimpik S, tug Kurtkulağı, tug İnebolu D Palamar Delfin- Rescue work was successfully completed with 3 fast agency boats. 25 military divers and military personnel and 25 Esev personnel took part in this task. The tasks started at 20:00 in the evening and continued until 02:00. The rescue operation was successfully completed without any financial request from the company.

To assign people who are skilled in the ship's head and stern in such tasks, to follow technological developments closely and to benefit from the ideas of experienced people in important operations. Finally, Mr. Haki has four important recommendations for future sailors: 1- They should respect the sea. 2- They should enjoy their work. 3- They must know how to swim. 4- They need to learn every detail of maritime profession. Every knowledge at sea is life-saving.

Princess YachtsQuicksilverSunseekerWarning to experts living on the water: “Do not open life jackets without checking their buoys” Robert Edwin PearyMagellanJames Cook