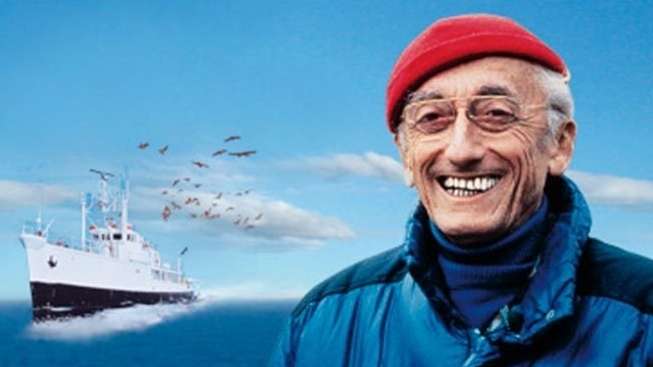 Jacques Yves Cousteau was born on June 11, 1910. Cousteau is a renowned French ocean expert and naval officer. He is also a film director. He discovered the sea around Marseille at a young age. He graduated from Stanislas School in 1930. After that, he entered the Brest Naval Academy. After finishing here, he served as artillery. He had his first submarine experience in the French Navy. In 1936 he used his goggles while diving. Captain Cousteau participated in World War II. Captain Cousteau settled in Megeve after the war. Captain Cousteau's goal has always been to reach out to unreachable places and to tell people about them.

In 1943, Captain Cousteau produced autonomous diving suits with Emile Gagnan. Captain Cousteau developed his inventions in the following years. In 1946, after the war, Cousteau founded the Submarine Research and Study Group. The first expedition to the Mediterranean was made by Captain Cousteau in 1948. The team involved in this maritime expedition studied a discovery from the Roman times in Tunisia. The diving equipment was used for the first time in this archaeological submarine operation. Scientifically, the foundations of submarine archeology were laid.

Captain Cousteau left the French army in 1949. With this departure, he organized the French Oceanographic Campaigns. He bought a ship called Calypso and started to explore many parts of the world by sea. He made many films during these trips. He even won an award at the Cannes Film Festival for his 1956 movie “Silent World”. He has written many books about the submarine. He built a submarine named 'SP-350' for 2 people. This submarine can descend to a depth of 350 meters. After successful diving operations, it has developed two more vehicles that can go down to a depth of 500 meters.

In 1957, Captain Cousteau headed the Oceanographic Museum of Monaco. Here he coordinated different projects. In the projects, long term immersion and underwater investigations have been studied. He was admitted to the United States Academy of Sciences. In 1960, he officially visited the French President. Here he discussed the nuclear trials. These discussions have increased Captain Cousteau's reputation even further.