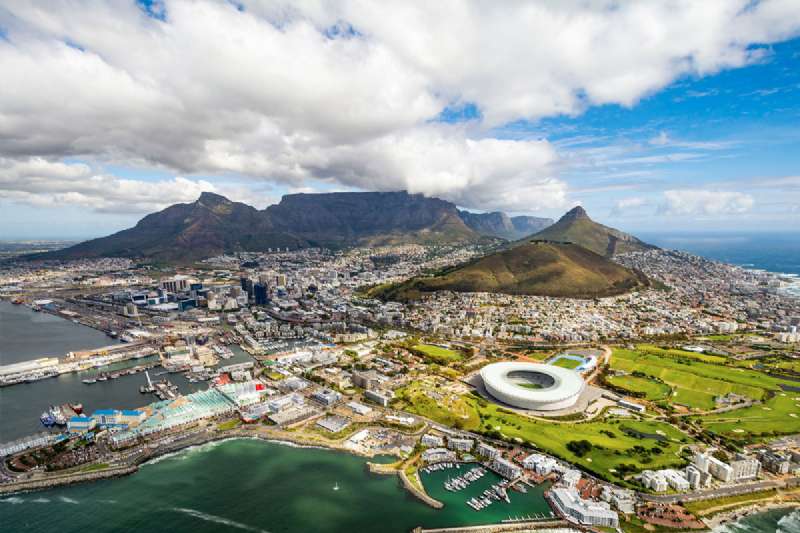 The city is one of the oldest settlements in South Africa. It is known as "Mother City" among the people. In addition to these features, the city is also known as the legislative city. It is the largest city among the cities in the Western Cape province. Cape Town ship harbors are one of the important structures in the city. There is the South African Parliament in the city. Areas such as the harbor in the city, the conservation areas in the Cape of Ümit, Table Mountain and Kap point are the recognized areas in the city. Cape Town ranks 10th among the most populous cities in Africa.

It hosts approximately 70 percent of the total population of the Western Cape province. It is one of the cities preferred by immigrants. It is a multicultural city. In 2014, it was found suitable for the World Capital of Design Award. It was selected as the best city in the world to be visited by famous newspapers and magazines published in America in 2014. The city is located right next to Table Bay. With the arrival of Jan Van Riebeeck in 1652, the Dutch Cap Colony was established as the first permanent settlement in South Africa. The city remained the largest city in South Africa until Johannesburg flourished. The first discovery of the city was made with the efforts of Portuguese sailor Bartolomeu Dias in 1488. The city has changed hands many times until today. There are also many structures established by French immigrants here.

It is located in Port Table Bay. It is one of the ports with the most intense trade volume in the world due to its location. The largest fresh fruit has the port feature. The port has undergone major and major repairs. The structures in the harbor are used by many fishing fleets and West African oil industry ships. There are also cruise ships in the port. It is a port that attracts tourists. The port is located at 39 degrees south and 18 degrees east latitudes. The main part of the port has developed rapidly over time. Cape Town ship harbors make important contributions to the region and the country with its commercial potential. The cargo ton volume of the port is also at high levels every year.