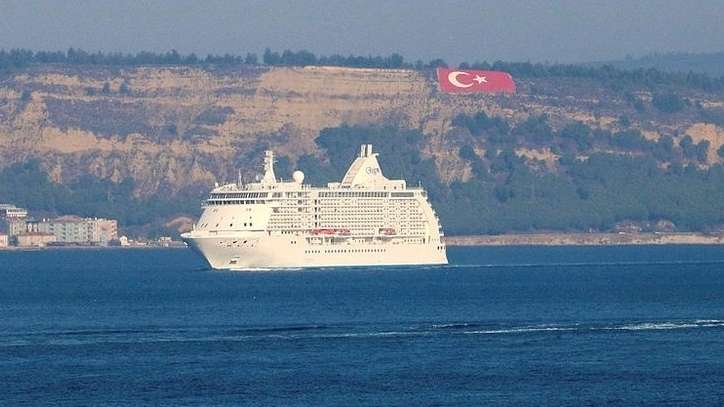 Cruise tourism, which is in the marine-based tourism category, is a port visit activity. Time is spent at different times in different countries and different ports on a previously planned route. Usually, each port is less than twenty-four hours. Every area a passenger need is available onboard. These ships are very large, with various entertainment areas, pools, eating areas, theaters and cinemas, and even libraries. These multi-story ships are particularly suited to high-income people. Therefore, economic mobility increases in ports where cruise ships are berthed. This type of port is becoming more common in our country. The cruise port in Canakkale is located in Kepez. The port, which has the longest pier in the region with its length of 214 meters and a width of 24 meters, can dock two mega cruise ships at the same time.