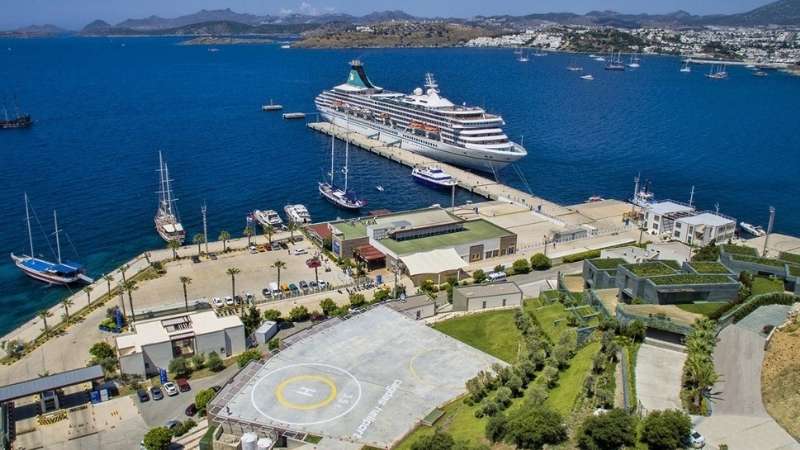 Cruise tourism is the fastest progressing tourism activity worldwide. This type of tourism provides economic benefits to many people, from the ports and their environs that are frequented by ships to those who produce and sell local products. Bodrum is one of our most important touristic towns and is one of the leading port cities. Bodrum's cruise port is large enough to anchor two ships at the same time. It is suitable for ships with a maximum length of 340 meters.

One of Green Harbor Certification Located just two ports located in the port of Bodrum in Turkey. This certificate is issued by the Ministry of Transport and Infrastructure. This certificate obtained from cruise ports that are sensitive to the environment is prepared every year. Since Bodrum is located between Europe and the Middle East, it is of interest to foreign tourists. For this reason, this region should be the most passenger traffic among our cruise ports.