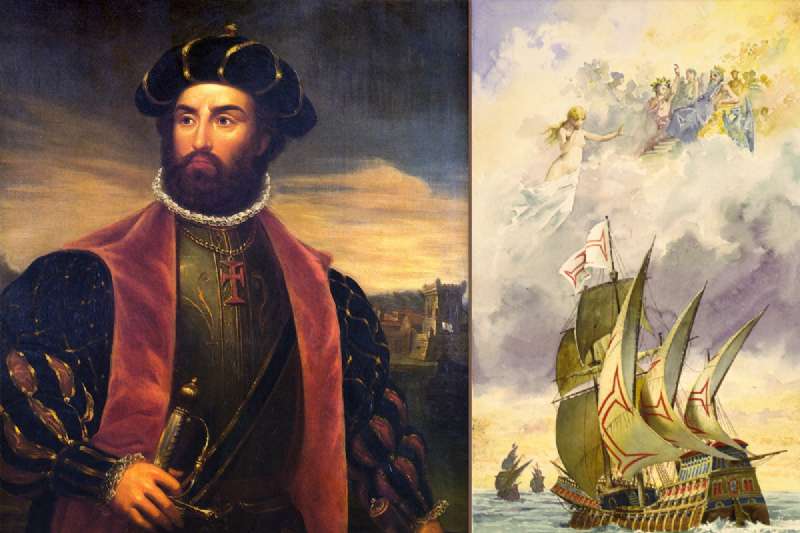 Bartolomeu Dias, whose life before his discoveries were known, was born in 1450. He made history as a Portuguese sailor and explorer. His name was written in history after he discovered the Cape of Good Hope. King of Portugal 2 Joao assigned a secret mission to Bartolomeu Dias. In this task, Dias will move along the African coast. Thus, he would reach the extreme point of Africa and, if possible, discover the way to go to India. In line with the task assigned, three ships were assigned to his order. These ships sailed off the African coast and headed for the South, where the Portuguese had not landed before. It reached the shores known as Namibia today. Later he proceeded to Lüderitz Bay in southwestern Africa. Here he landed and erected two pillars symbolizing the kingdom of Portugal and holding a royal crest. After this operation, the ships, which continued their voyage, moved their course to the south due to severe storms. After waiting for a few days, it continued to the north again. Bartolomeu Dias put the name Angra dos Vaqueros in the bay he came across as he continued to move north. Today, this bay is thought to be Mosselbai on the southern coast of Africa. After the journey, he reached Algoa Bai. He planted flags symbolizing the kingdom. Continuing to progress, he managed to reach the island of Groot Vis. This success was the success of finding the route that aimed to reach India by traveling around Africa, which has been sought for 70 years. The route that Bartolomeu Dias travels refers to the place called the Cape of Good Hope Bartolomeu Dias and his team had to return after the people on the ships started to get sick.

During the return road, the Cape of Good Hope was called the Storm's End. The name used today is given by the Portuguese king Joao. It is thought that the reason for changing the name is to prevent the sailors' morale from deteriorating.

There are no works detailed in a drawing or in writing throughout the journey. Because Bartolomeu Dias was on a secret mission next time. Dias did not go on the same journey again after the journey was completed. He worked only as a consultant in India travel. He created the sea maps for the crew to travel. Besides, Bartolomeu Dias was responsible for the retrofit equipment. He died on May 29, 1500, as a result of a storm caught near the Cape of Good Hope.