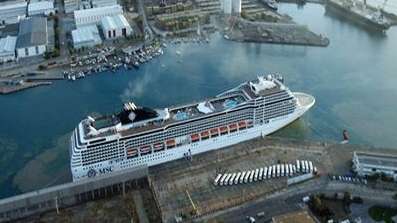 Cruise tourism is one of the increasing tourism areas in the world. All your needs are met from a single ship in cruise tourism which is realized by preparing a sea and ship planned travel plan. Thanks to this type of tourism, many countries are visited. The ports in the visited countries are approached. The cities around these ports are explored. There is also a shopping time for tourists.

The fact that the three sides of our country are surrounded by the seas is the reason of choice for cruise tourism. Especially, the Antalya port has developed in terms of ports due to their geographical location. Çelebi Holding's subsidiary Çelebi Investment Consulting and Operation Inc., Global Investment Holding's subsidiary Global Port Operator and Antmarin company joined to operate the Antalya Port in 2006 for 22 years. Çelebi Holding transferred its shares to Port Akdeniz in 2010.

Furthermore, the cruise port project, which was started to be built in 2017 in the Muratpaşa region of Antalya, is still ongoing. Thanks to this port, cruise tourism in Antalya is expected to develop further and provide economic benefits to the region. Also, Antalya, where ancient cities such as Termessos and Olympos are located, is ideal for daily cruise visits of cruise ship passengers.

There are statements that the activities in this area will continue and will be improved much more. It is very important to focus on such studies in important tourism regions of our country such as Antalya. Much more effective studies are needed in the region. Because Antalya has an important place in terms of tourism, it is among the cities that have less share of this tourism when no suitable space is created for these cruise ships.

To put an end to this situation in Antalya, it is necessary to create a suitable environment for cruise tourism. Only in this way can cruise tourism be an important source of income for the region.