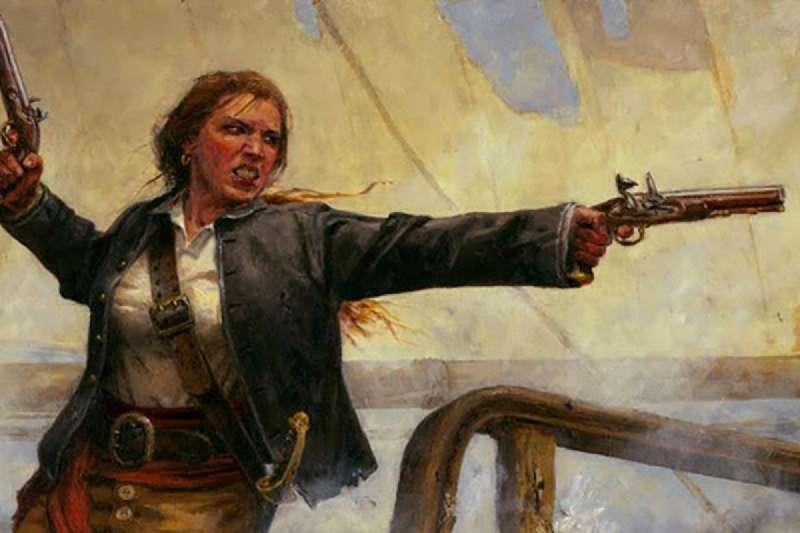 Annie Bonny, whose date of birth is not known precisely, entered the books of the period as she was born in 1697. It is among the rumors that he was born in 1700. It came into the world without marriage bonds. Her parents had to leave Ireland because the public pressure. The couple who emigrated to America started a new life in South Carolina with their daughters. His father, William Cormac, who was a lawyer, continued to do legal work in their places. Thanks to his successes in his working life, he soon included himself and his family in the socialite. When Annie Bonny reached the age of sixteen, she fell in love with the person who served as a captain on a ship called James Bonny. Annie's father, who lost her mother at a young age, also did not approve of this relationship. He had to continue his relationship secret from his father. This has enabled Annie Bonny, who already has a different personality, to reach an even harder temperament. Annie was looking for excitement and adventure while her father wanted her to be a socialite and be a lady. James Bonny was also a pirate and was fit for the adventure and Annie was looking for. Despite all his father's objections, he married him. Annie Bonny and James settled on the island of Nassau. They started operating an entertainment place. They made friends with the notables of the region they were in. James was appointed to the government by reporting his friends to the district governor. Annie got bored when she started working. Annie Bonny, who wanted to reduce boredom, started to work on the ships as a boy. The belief that it would be unfortunate to have women on the ships at that time was dominant. Nobody understood that Annie was a woman who fights well and uses knives. During his work on the ship, his relationship with a sailor named Jack started and his gender was learned when he got pregnant. The baby was born still. Deciding to lead a quiet life, Jack, and Annie started pirating again so as not asto be killed by her ex-husband. One night, while sailing on the sea, their ships were raided. Jack was sent to death. Annie Bonny was not executed when it turned out to be pregnant but was sentenced to prison. He has later released from prison thanks to his influential friends. According to a rumor, the pirates living in the period came together and raided the prison. In this raid, Annie survived.